How the historically overlooked gaming world is emerging as a leading space in inclusive design and progressive thinking. 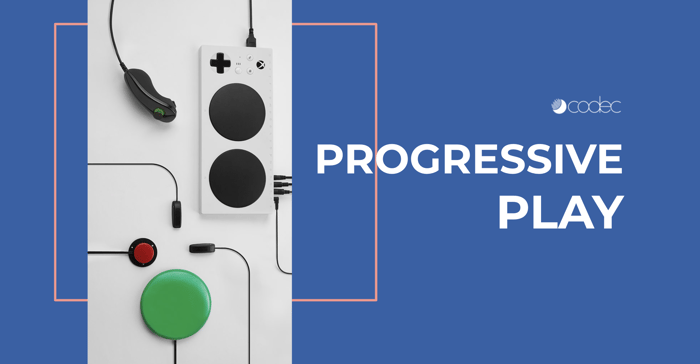 Unlocking the possibilities of play
The Logitech G and Microsoft Adaptive Gaming Kit was recently launched, designed to accommodate each individual gamer’s own specific needs.

Where established institutions are still playing catch-up, the gaming world is beginning to become accessible for all.

A shift towards a more accessible gaming environment is an indicator of how progressive values are taking hold and directly influencing design and future solutions.

Spurred on by the pandemic, gaming has increasingly become a part of mainstream popular culture. Global lockdowns helped gaming revenues rise 20% to $180 billion, making it a bigger industry than  film and sports combined  in North America.

Despite the popularity of gaming however, there remains a notable gap in terms of its accessibility.

Players living with disabilities and chronic illnesses have been taking it on themselves to create a more inclusive, accessible and representative gaming environment for all.

A collaboration between the charity AbleGamers and Microsoft saw the creation of the XBOX Adaptive Controller.  Twitch recently donated $1 million to AbleGamers , illustrating the ongoing commitment towards and movement around sustaining accessible gaming.

Elsewhere, The Last of Us Part II has been praised for featuring an accessibility menu with 60 different options, including presets and alternative controls.

The conversation is gathering pace, with a new BBC Sounds documentary exploring disability and the gaming revolution, featuring Steve Saylor, a legally blind gamer who himself has amassed an impressive online following and is a leading voice in this space.

As players, charities and brands work collaboratively to remove unnecessary obstacles to gameplay for people living with disabilities, inspiring lessons can be learned from the gaming world  for application in the real world in how we meet the needs of those who are often overlooked.

We are a cultural intelligence platform. Get in touch at [email protected].

Fusing AI-driven cultural intelligence with human imagination, we help brands to discover and tap in to pockets of culture that drive growth. We harness cultural data to inform every step of the marketing process - from brand strategy through to creative approaches, through to activating in media.